A heartfelt Thank you to Dr Ankit Mehta

He is extremely caring and his utmost concern is your comfort. I have been consulting Dr Ankit Mehta for the past 1 year now and regret not knowing about him for the past 7 years when we were consulting other pediatrician. The way he deals with babies and kids is just heartwarming. He goes out of his way to make sure all your questions are answered. He works with you to address your health concern rather than just telling what to do. And he goes out of his way to care for his patients.

We first consulted him for my younger son when he’s just born and kept on vomiting milk due to reflux. We had already been to 6-7 other doctors and given him all sorts of medicines as prescribed which as a parent gave me a tough time and sleepless nights. To my utmost surprise the first thing that Dr Ankit did was stopping all the medicines and suggested various other options like changes in sleeping position. That was one big relief to me. My faith was instilled that very moment. My son in now 1 year old had healthy.

A week ago, my elder son (7 years) all of a sudden had very high fever. At my first instinct, I messaged Dr Ankit Mehta asking about medication as i was concerned going out because of the unsafe situation due to Covid.
He was very quick in responding and even offered a video consultation as an option. We tried but I had to take him to the hospital the next day.

What appalled me was that through out his illness, Dr Mehta had been constantly in touch through calls with us to check on him. Which doctor cares after you leave their clinic? 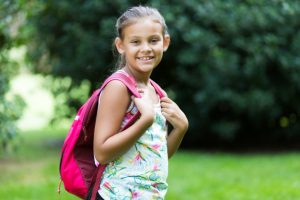 This course is made for parents with pre school going...
Free
1 lesson
Dr. Ankit Mehta
AM Courses